Stefan: “You know what, let her go! Let her tell everyone that vampires have returned to Mystic Falls. Let them chain me up and let them drive a stake through my heart because at least I’ll be free of you.”

Damon: “We both know the closest you’ll ever get to humanity is when you rip it open and feed on it.”

Caroline: “How come you don’t sparkle?”
Damon: “Because I live in the real world where vampires burn in the sun.”

Elena: „Honestly, I"m not gonna be one of those pathetic girls, whose world stops spinning because of some guy.“

Jeremy: „I mean, we don"t have to be high all the time, right?“
Vicki: „I really hope you"re not one of those guys who, now that we"re together, tries to change everything about me.“

Damon: „You won. You got the bad guy. Now nothing could come between you and Elena. Except the truth. The lies will catch up
to you, Stefan.“

Damon: I"m so gonna regret this. Drink up. Drink it up. Don"t drip. There you go, good girl. That"s it.

Damon: If anyone"s gonna kill you, it"s gonna be me.

Bonnie: „Was our family burned in the witch trials?“
Grams: „No, the girls that were persecuted in Salem were entirely innocent. You have to have more than ignorance to trap a real witch.“

Stefan: Katherine and Elena may look the same on the outside, but on the inside, they are completely different.
Lexi: So Elena"s not a raging bitch then, huh?

Stefan: So, Stefan… you know, I been thinkin". I think we should start over, give this brother thing another chance. We used to do it, oh, so well once upon a time.
Damon: I don"t, Damon. I can"t trust you to be a nice guy. You kill everybody, and you"re sou mean. You"re so mean, and… you"re really hard to imitate.

Damon: Seriously, what game do you think you"re playing?
Stefan: That"s funny question considering the fact that I have been asking you that for month.

Damon: Stefan doesn"t know about this yet. I"d like to keep it that way.
Sheriff: Of course, kids are too young to be brought into this.

Logan: You know, one minute, I"m a small-town-on-the-rise news guy, and next thing I know, I can"t get into my house, because my foot won"t go through the door.
Damon: You have to be invited in.
Logan: I know. I live alone.
Damon: Ah. Heh,heh. That sucks.

Bree: Listen up everybody! Here"s the man that broke my heart, crushed my soul, destroyed my life and ruined any and all chances of happiness! Drink up!

Elena: Let"s just say that I"m descended from Katherine. Does that make me part vampire?
Damon: Vampires can"t procreate. But we love to try.

Stefan. You know, I could help you.
Damon: You, help me? Aw, I don"t know. Seems a little unnatural.

Damon: "If I see something I haven"t seen before, I"ll throw a dollar at it."

Frederick: Vervain … making it hard to find something to eat in this town.

Damon: How long are you gonna blame me for turning your birth mother into a vampire?

Damon: We have a problem, Stefan. And when I say problem, I mean global crisis.

Jeremy: Why does she hate you?
John: We used to sleep together.
Jenna: I"m standing right here!

John: What do you think your mother would say if she knew you were dating a vampire?
Elena: Which mother?

Jeremy: Why would you wanna go to high school? It blows.
Anna: Do I really need to answer that?

Damon: I do believe in killing the messenger. Know why? It sends a message.

Damon: Life sucks either way, Jeremy. At least if you"re a vampire, you don"t have to feel bad about it if you don"t want to.

Tyler: I said I was sorry.
Caroline: You made out with his mother and then you beat him to a pulp. You"re gonna have to do a little better than "I"m sorry."

Elena : I think you should stop with the flirty little comments and the eye thing you do.
Damon: What eye thing?
Elena: Don"t make me regret being your friend. 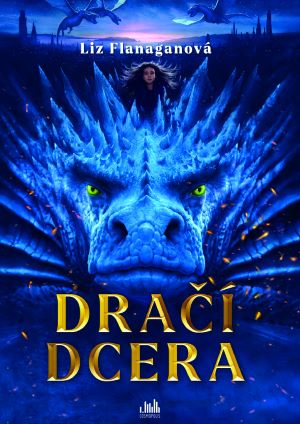